What Is Mobile Invoicing? — A Guide To The Future Of Mobile Depositing

There’s no stopping Microgaming at the moment! Hot off the heels of three new releases last month, they’ve released a roadmap of three more brand new slots for April! Each new game offers something completely different from the last, and there’s something for every type of gamer.

Cool Buck and Mega Money Multiplier are the first to hit your screens on April 5th, whilst April 19th will see the highly anticipated release of Castle Builder 2. We’ve had a sneak peek at each new game, so read on to find out more!

Cool Buck is the first game to be released next month and it’s a retro inspired 5 reel slot, with 9 paylines. On first impressions, we won’t lie to you, we weren’t impressed. The game looks ugly. It features classic 9 to Ace symbols, as well as wads of cash, bar symbols, and a winking rolled up note to boot. It’s dated, the green and black colour scheme is jarring and the soundtrack is the sort that makes you want to hit mute straight away.

For all its aesthetic flaws, however, we think this title might actually be worth a spin. Some of our favourite Microgaming titles are 5 reel, 9 payline slots, such as Thunderstruck and Break Da Bank Again. Neither of these really deliver on beautiful graphics either and we still love them all the same.

Cool Buck features stacked wilds, extra spins, and multipliers. The extra spins feature is perhaps the most interesting, as you can trigger the round by either finding three scatters on the reels, or by collecting tokens. Each symbol in the game can potentially come with a purple star, which gives you one extra spin token. Collect nine of these and you’ll trigger the round.  Cool Buck also looks like it will give out some decent sized wins, with a maximum prize of 107,500 coins!

Mega Money Multiplier will be released at the same time as Cool Buck, but is an entirely different game. Microgaming haven’t released a classic slot for a while, and so we’re happy to report that this title is a simple three reel, 9 payline game.

Whilst the mechanisms in this game may be traditional, the graphics certainly aren’t. The game spins quickly with flashy symbols and a fist-pumping soundtrack. Big wins are rewarded with great animation and it’s the type of game that could get you really fired up.

The game features 2x, 3x, and 5x multiplier symbols, which can also multiply together to give you a 10x multiplier on every win on that spin. Classic slots aren’t for everyone, but fans of the genre should be more than satisfied with this new game. Microgaming promise it will be ‘slick’ and ‘classic and classy’ and have even gone so far as to say it’s the reason ‘three reel slots are back in fashion’.

The final game of the month will be released on March 19th, and is probably the most exciting of the bunch. Castle Builder 2 is the sequel to Castle Builder (duh) and is actually a Rabcat title. However, Microgaming have bagged themselves an exclusive licensing deal and so this highly anticipated slot will only be available at Microgaming casinos.

Castle Builder 2 is a 5 reel, 15 payline slot, set in the fictional town of New Forana. Just like the original, it features Princesses, Princes and castles, naturally. Symbol include building materials such as bricks and wood, and precious items such as gold, treasure and crowns. The game also features expanding wilds, extra spins, bonus games and over 100 achievements to unlock.

Players must pick an avatar at the beginning of the game and then will accumulate building materials the more they play, until they’ve built their first castle. More castles will the be built, a royal wedding will take place, and players can explore 15 different kingdoms as they play. The whole slot is an innovative concept and we’re definitely excited to try it out! 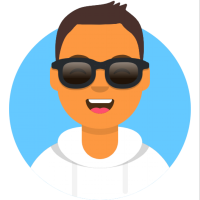